Grease Is Still The Word

Grease Is Still The Word!

Warren Casey and Jim Jacobs’ Grease was a popular stage musical about the sub-cultures in 1950s American High Schools and in 1978 it was made in to a feature lengthmotionpicture, starring John Travolta and Olivia Newton-John. Subsequently it became a seminal teen musical with its evocative and energetic songs, strong characters and a great story!

This volume is a souvenir editionofthe vocal selections to commemorate the 20th Anniversary of the film and includes special full colour stills from the movie. It contains all the songs from the soundtrack album, each arranged for Piano and Voice,completewith full lyrics and guitar chord boxes. 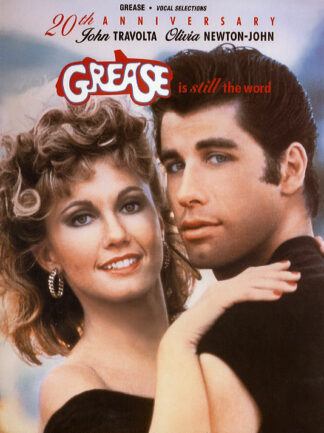 You're viewing: Grease Is Still The Word £15.99
Add to basket