Boublil and Schonberg?s legendary musical that swept the world, Les Miserables . The show originally opened in September 1980 at the Palais de Sports, Paris, and was scheduled to run 8 weeks, but, in fact, showed for sixteen! The show ended only because of its venue having other scheduled events to continue with. However, in 1982 an English adaptation of the musical was in the making, with Herbert Kretzmer providing the lyrics. The show premiered in the West End on 8 October 1985 at the Barbican Theatre, London. The show had its Broadway debut in 1987, in which year it won eight Tony Awards, including Best Musical and Best Original Score. Available here is a fabulous collection of 16 songs from the Les Miserables 10th anniversary concert, arranged for Piano, Vocal and Guitar, with box chords. 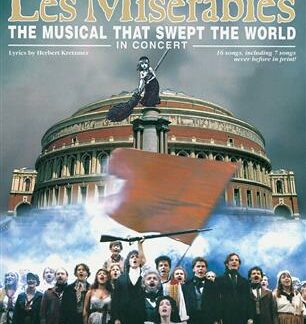 You're viewing: Les Mis?rables In Concert £16.99
Add to basket