ISLANDS contains the best of composer Ludovico Einaudi’s works, such as I Giorni, Nuvole Bianche and Primavera, compiled for the first time into a single collection for solo Piano. Also included here are two brand new tracks, The Earth Prelude and High Heels, as well as two remixed versions of Lady Labyrinth and Eros.
Einaudi is renowned for bringing classical music back into the mainstream, with his compositions for piano and other instruments with piano accompaniment, including some electronic influences in his later work. Albums like UNA MATTINA, DIVENIRE and IN A TIME LAPSE have become hugely popular, and this collection features the cream of these stunningly atmospheric works arranged for solo Piano. These pieces would suit a player who has progressed beyond the beginner stages, but you needn’t be a pro to master Einaudi, whose middle name is simplicity.
Einaudi has garnered critical acclaim throughout the world for his emotionally arresting and powerful compositions that have been used in films like ‘Doctor Zhivago’ and Television shows like Ricky Gervais’ ‘Derek’. This is testament to his versatility as a composer, able to conjure a number of moods with his characteristic style of beautiful Piano composition.
This Essential Einaudi is the most accurate transcription of his incredible Piano compositions available. 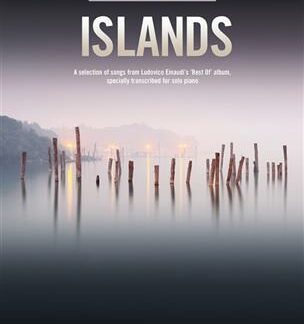