Learn to play every song from Ella Henderson ‘s No. 1 debut album, Chapter One , arranged for Piano, Voice and Guitar . After her shocking early exit from the X Factor, despite being the favourite, Ella Henderson has come back in full force with Chapter One , a fantastic pop album that has ticked all the right boxes with the public and critics alike. The songs vary in style, from upbeat danceable party tracks to pure pop balladry. The one constant is Henderson ‘s unmistakeable voice, with its wide range and ability to convey a great sense of emotion. This Chapter One sheet music songbook contains singles like the catchy Ghost , and Glow , with its powerful and uplifting chorus. The 11 other tracks from the album are also included here, all arranged for Piano, Voice and Guitar with full lyrics. The album as a whole has been critically acclaimed, and you’ll love singing and playing each and every one of these melodic gems. Critics have particularly commended Henderson ‘s vocal abilities and her songwriting talent, and these are evident on this album, her stellar range shining through as she sings such personal lyrics.  Ella Henderson ‘s debut is a powerhouse of a pop album where sombre Piano and heartfelt lyrics intermix with catchy choruses and verses full of vitality. If you want to learn to sing and play these wonderful songs, this Ella Henderson   sheet music songbook can’t be beaten for its accuracy so that you can be performing the entire album straight away. We’re hoping for Chapters Two and Three. 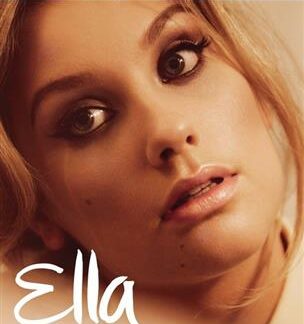 You're viewing: Ella Henderson: Chapter One £14.99
Add to basket