“For me the dream Multi-Voice scenario is to be able to instantly summon the perfect White-Guard and Black-Guard tones with flawless articulation and no hum. And that’s exactly what Fishman has done for me in my signature set.”
– Greg Koch

An unsung guitar hero from Milwaukee, Wisconsin, where he grew up just a few miles from the Waukesha birthplace of the late, great guitarist-inventor Les Paul, Greg Koch has established himself within six-string circles as a masterful technician, accomplished clinician and general bad-ass guit-picker. No less than guitar virtuoso Steve Vai noted Koch’s six-string prowess and promptly signed him to his Favored Nations label in 2001. Tom Wheeler from Guitar Player magazine hailed him as “fiendishly talented” while other critics have called him everything from “a twisted guitar genius” to “the best kept secret in the guitar firmament.”

As a leader of various bands bearing his name, Greg has toured the world bringing the “Gristle” to the people. He continues to channel all the right people on his most recent collection of blues, funk and R&B, including Jimi Hendrix, Albert King, Albert Collins, Jeff Beck and Roy Buchanan with touches of Stevie Ray Vaughan, Danny Gatton and Richie Blackmore thrown in for good measure. And he filters all those killer influences through his own slightly bent prism that is tinted with grunge, gristle and good clean fun. 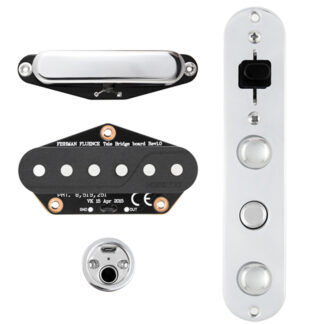