The Top Ten Contemporary Classical Pieces To Play On Piano is part of a series that has been specially designed to help pianists of all levels to find the repertoire they really want to play. This volume contains 10 of the very best contemporarypieces for solo Piano. Some people associate classical music very much with the historic past, but there is a wealth of contemporary music out there from a new wave of distinctive and adventurous writers, including plenty of fantastic pieces writtenfor solo Piano. Composers include the remarkable Ludovico Einaudi, whose music, rich in spiritual simplicity, has taken the musical public by storm; J?hann J?hannsson, who set the classical system to one side as a teenager to kick loose in indiebands; and multi-instrumentalist and composer Yann Tiersen, who similarly broke his Violin aged thirteen and never looked back! Whether you are already familiar with some of these composers or not, we are confident you will love playing theirbeautiful music. Often simple in style, there is something magical about the way these writers make the Piano sound, so delve in and enjoy… 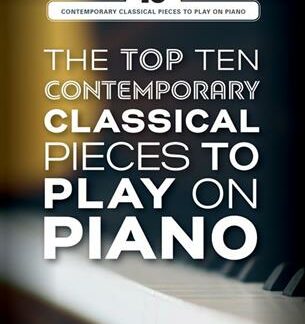