I was recently asked by a student to recommend a solid yet affordable electric guitar for around 500 pounds and to find an instrument that was significantly better quality from that of any entry level guitar but still within the budget given (or just below). I found three which I thought would be suitable and was actually incredibly surprised and happy with their quality for the price point, they are the: Fender Player Series Stratocaster (£499), Godin Session (£499) and the PRS SE Standard 24 £449. Let me know which is your favourite in the comments below. 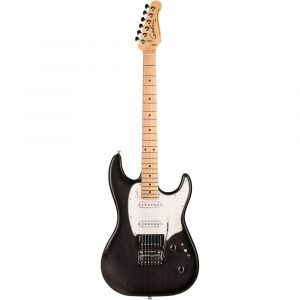 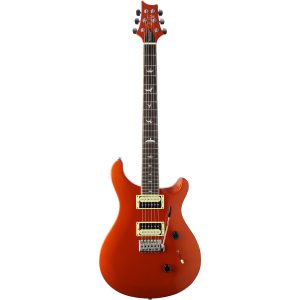 Godin, PRS and Fender have really delivered the goods this time.

The first impressions for all three models is very good indeed, putting aside the knowledge that all of these instruments are under 500 pounds they feel and look way more expensive than they actually are, with excellent finishes and zero cosmetic blemishes. Not one of the instruments at this point has any advantage over the others; it’s just purely based on subjective taste in terms of how they look to your eye. For me the Stratocaster and PRS Custom look more iconic at first glance with the Strat looking the more classic out of the two for various historic reasons and associations. The Godin by contrast although being of a similar appearance to that of a Strat looks ever so slightly uncanny to the point that it feels like a cheaper clone rather than an upgrade (despite the exact same price) and the fact that both the PRS and the Strat comes in such gorgeous colour options means that the Godin (only just) is flagging behind a bit for this round. But it’s a close call despite the Godins slightly unusual looks.

This where things start to get really, really interesting. Putting these instruments under brutal scrutiny means that I’m being generally quite picky with tone, which is somewhat unjustified as all three sound fab. The PRS sounds incredibly warm and powerful with an optional pull-push pickup setting, but out of the three has a more limited scope of tone, excelling in the areas of gain and warmth but that’s about it (something that could be easily rectified by replacing the pickups to a set of Seymour Duncan’s/Bare Knuckles). The Strat by contrast sounds much more diverse and vocational, able to create a host of single coil themed tones from the light and springy, to warm and fat, to driven and strong and although the Strat can handle higher gain better than any of its predecessors it lacks a true tonal definition and voice all of its own. This is the category that the Godin cleans up in however, as due to its SSH custom pickup configuration it’s incredibly diverse tonally and combines the best elements of both the PRS and Stratocaster in one package. The pickup quality of the Godin is also significantly better than the other two with a wider frequency spectrum at your fingertips with a natural dynamic breakup that responds beautifully to your pick attack. The Clear winner of this category is the Godin.

Like tone the playability preferences of a guitar can be hugely subjective and all three of these instruments play amazingly well right out of the Box. The Player series Stratocaster certainly feels the slinkiest and easiest to play as the back of the neck comes with a thin almost sanded down satin finish as standard which is a huge bonus (especially as a sanded down neck is one of the most common after market modifications for a Strat). The tremolo on the Player series Strat however although more modern in design feels slightly weedy, especially under the use of a heavy hand. The PRS can vary based on the finish chosen but the Satin model feels reassuring under the hand and the neck although chunky never feels too big to wrap your hand around. Plus the 24 fret cutaway makes the PRS incredibly easy to play and hugely rewarding, throw in an improved and sturdy tremolo and there is a lot to love about playing the PRS SE custom. The Godin to me felt a tad cumbersome under the fingers and despite its similarities in design to that of the Strat everything just felt a tad off, such as the position of the volume control and the fatness of the neck etc. That being said the Godin had by far the best tremolo system out of the three so the hardware looks built for the professional and experienced in mind.

This is quite a simple category to consider as only one of these 3 models in question actually comes with any bonuses, as the Godin comes as standard with a pretty fantastic gigbag for easy transportation. The PRS gets a pass in this category for being the cheapest of the 3 (and with the savings you can buy a gigbag). The Strat gets the harshest mark but in all fairness we are dealing with a genuine and iconic Fender instrument for just short of £500, a bargain really.

All three of these models are truly awe inspiring for the money; I genuinely believe we are in the golden age of the mid-range classic where instruments of increasing quality are being sold for cheaper than they ever have been in the last 10 years. With manufactures such as PRS, Sterling, Ibanez and Godin taking business away from titans like Gibson who have not learned as much from the mistakes of the past and create instruments that are simply out of the price range of the majority of guitarists. Fender however are an example of a classic brand that even today innovate their product catalogue to fulfill the needs of everyone at every price point. The Godin Session however came out on top here, combining a quality and high class sound with useful features at a price that can’t really be topped by the other two (both of which are tied as it all comes down to subjective taste which out of the two you would prefer). The Godin brand may not be the most recognisable compared the others but with the session they have proven to be real contenders on the in the mid-range guitar market. If you haven’t tried one out and you’re looking for a guitar around this price point you may be pleasantly surprised by what the Godin Session has to offer!